Sepatutnya Najib kena ambik kira permintaan Mat Said tu...
Saya berpandangan Najib sepatutnya bersabar dan ikut dulu permintaan Mat Said
Tindakan yg bijak ialah Najib tak sepatutnya terburu buru
Krn inilah risikonya.
Najib must be smart enough to refrain this such worst situation from happening....
This move shows Najib didn't smart enough compare to Tun M in handling this kind of conflict.
We can label Mat Said a traitor but again good leadership should know how to avoid this situation from happening...
Najib should hold this move until Mat Said finished his daughter wedding.....because as a human being he will be feeling so down after the marriage cards invitation printed as "Menteri Besar Terengganu" have been sent to all especially his family and relatives but now would no longer be valid during the weeding day where it's just around the corner on upcoming 17 May..
Najib should consider and take this into account as well....
I dont like Mat Said either as he just is unprofessional and just like orang kampung and me happy to see if other good candidate filling the MB position but the way Najib handle this case is unacceptable
What Najib tend to gain by doing this to Mat Said?
It gonna be like becoming a beyond repair conflict
Kenapa dengan Cina bukan main lemah lembut dia deal??
Sesama Islam bukan main tegas lagi...

Posted by SELAMATKAN MALAYSIA at 12:21 7 comments: 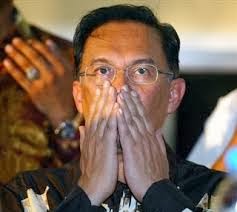 PUTRAJAYA: The Court of Appeal found Datuk Seri Anwar Ibrahim guilty of sodomising his former aide in 2008.
The three-man panel allowed the prosecution's appeal against a 2012 High Court decision that acquitted Anwar of the charge.
The court is expected to deliver sentencing shortly.
Earlier, the court heard that the DNA profile of a third party was found in Mohd Saiful Bukhari Azlan's anus despite his claim of not being a homosexual.


Anwar's co-counsel Ramkarpal Singh submitted that the prosecution had failed to explain the source of the contributor of the third DNA in the "intimate samples" during the Opposition leader's sodomy trial.

He argued that two samples taken from Saiful's anus and a Good Morning towel found in Anwar's lock-up on the night of July 16, 2008 have the third party's DNA.

Ramkarpal said the presence of third party's DNA could only happened if Saiful had a sexual relationship with a man or that someone else had came into contact with the samples taken from the complainant.

"Only two ways (third party's DNA) this can happen. First, if he (Saiful) had a sexual relationship with a man who ejaculated inside him leaving his DNA there.

"Or someone else had come into contact with the sperm after it was extracted," he argued before a three-man panel chaired by Justice Balia Yusof Wahi with Justices Aziah Ali and Mohd Zawawi Salleh.

He said the defence do not know the identity of the third party contributor.

"There is certainly some form of tampering as he (Saiful) himself said that he is not homosexual.

"It cannot be a coincidence for a same person's DNA to be found on the different items," he said.

He said the possibility of retired investigating officer Supt Judy Blacious Pereira to have contact with the samples could not be excluded due to him being a custodian of those items for a longer time.

"It is not for us to speculate but it creates a reasonable doubt. Other people who had custody included three government doctors," he said.

Ramkarpal submitted that the prosecution's contention that Supt Jude had merely cut an envelope containing samples for relabelling was "too much a simplistic view".

"Tampering is fatal. That is why we say that the trial judge was corect when he said that he cannot be 100% certain that the samples is not compromised," he argued.

He argued that the law was strict on the integrity of samples.

"If unexplained (over the integrity of samples), it ought to be taken in favour of the respondent (Anwar)," he said.

Karpal said that Shafee had defended lawyer and former deputy Speaker D.P. Vijandran for a case in Ipoh where he had given a statement from the dock.

"He (Vijandran) is obviously not a low mental capacity," he said to Shafee's remarks that such a defence was to protect a vulnerable accused who is mentally not stable.

Anwar was acquitted by the High Court on Jan 9,2012 for allegedly sodomising his former aide Mohd Saiful at Desa Damansara Condominium in Bukit Damansara on June 26, 2008.

Trial judge Justice Mohamad Zabidin Mohd Diah had ruled that the court could not be 100% certain, after going through the evidence, that the integrity of the DNA samples had not been compromised.
Posted by SELAMATKAN MALAYSIA at 17:34 2 comments:

Posted by SELAMATKAN MALAYSIA at 14:59 3 comments: However, the telecommunication company (telco) said the decision ultimately lies with Jaring's sole stakeholder, the Ministry of Finance (MOF).

"We are open, but the stakeholder needs to decide what they want to do with Jaring first. We are open to possibilities, to talk, but the last round it didn't go through because certain things they (the parties) couldn't agree on. Since then, there hasn't been any talks between Jaring and Puncak Semangat," Altel Communications Sdn Bhd CEO Nik Abdul Aziz Nik Yaacob (pix) told SunBiz in an interview.

Altel is a subsidiary of Puncak Semangat.

"The option is open. At the end of the day, the decision to sell Jaring at what terms lies with the sole stakeholder (MOF)," he added.

Prior to joining Altel, Nik Abdul Aziz was CEO of Jaring from March 2011 till September 2012.

Last year, Puncak Semangat had submitted its proposal to buy over Jaring but had withdrawn its plans later. During that time, Nik Abdul Aziz was CEO of Jaring, but news of his resignation came shortly after Puncak Semangat withdrew its bid.

At Altel, Nik Abdul Aziz said the new telco has secured close to 1,000 subscribers ahead of its product launch slated at the end of this month and is confident of achieving its target of 150,000 subscribers by August next year.

Since Aug 22, Altel's first prepaid product has been made available to the public via its three exclusive outlets namely Sunway Pyramid in Petaling Jaya, Pertama Complex in Kuala Lumpur and Tesco Bukit Indah in Johor, as well as its chain of 60 to 70 dealers where the public can purchase its SIM cards and top-ups.

"So far, it's (take-up) been quite good. For example, we just launched the outlet in Johor earlier this month and without any promotions or announcements, we are surprised with our subscriber base.

"We're talking about just walk-in customers to the outlet and there have been top-ups as well. It's quite encouraging," said Nik Abdul Aziz.

He said the public has been curious about its product and many are looking for alternatives. Altel plans to launch its postpaid product in the first or second quarter of next year.

"Of course being the new kid on the block, we have a lot of catching up to do, but what we lack in terms of history and experience, we try to make up in ingenuity, innovation and creativity in how we address the market and get subscribers," he said.

Incorporated in March 2012, Altel began operations in July 2012 and has since signed a collaborative agreement with Celcom Axiata Bhd for infrastructure and spectrum sharing, joint go-to-market initiatives and discussions on roaming agreement for voice services.

Puncak Semangat is one of eight companies awarded with the LTE 2600MHz spectrum by the Malaysian Communications and Multimedia Commission in December 2012 to provide 4G services.

Nik Abdul Aziz said it is now working with Celcom to map out locations of base stations in preparation for the rollout of its 4G services.

Meanwhile, its prepaid product will ride on Celcom's presence nationwide and the company hopes its adjusted earnings before interest, taxes, depreciation, and amortisation (ebitda) will turn positive at the end of its third year of operations.

"The economic empowerment of bumiputra won't cut off, take away or deny any other's rights." - Prime Minister Najib Razak on the new Bumiputera Economic Agenda, Sept 14, 2013

Speaking at the launch of the Bumiputera Economic Empowerment Council today, Najib, who is also Finance Minister, said the focus areas will include enhancing Bumiputera equity ownership in the corporate sector as well as asset ownership.

"The government heard the cries for help from the Bumiputeras regarding their level of participation in socio-economic development programmes," he said.

One of the main measures in this strategy is the setting of targets for all Chief Executive Officers (CEOs) of Government-Linked Companies (GLCs), including for projects awarded to vendors.

Najib said this information has to be included in the CEOs' Key Performance Index (KPI), adding all ministries will also create a Bumiputera Development Unit (UPB) responsible for formulating proposals and implementing Bumiputera agenda initiatives.

To enhance Bumiputera equity ownership in the corporate sector, the Skim Amanah Saham Bumiputera 2 (ASB2) will be launched by Permodalan Nasional Bhd with 10 billion units, while Ekuiti Nasional Bhd (Ekuinas) will take over the role of steering the Skim Jejak Jaya Bumiputera to assist Bumiputera-owned companies to be listed on Bursa Malaysia.

"To ensure the Bumiputera socio-economic development agenda is effectively implemented, the delivery system will also be strengthened to create an efficient, comprehensive and constructive ecosystem,” said Najib.

Najib said various measures have also been outlined to help Bumiputeras, who still lag behind in the ownership of non-finance assets such as houses, industrial premises and commercial complexes.

The role of UDA Corporation will also be strengthened to help develop properties including houses, business complexes and spaces, as well as industrial and commercial buildings in urban areas, said Najib.

He added that GLCs and Government-Linked Investment Companies (GLICs) involved in property will also give emphasis to Bumiputera property development especially of housing, shophouses and commercial premises.

To optimise the value and benefit of non-finance assets such as property for Muslim Bumiputeras, the Yayasan Wakaf Malaysia will be turned into a corporate wakaf entity.

Meanwhile, the roles of property institutions such as Pelaburan Hartanah Bhd, Majlis Amanah Rakyat and Perbadanan Usahawan Nasional Bhd will be strengthened in order to develop or acquire commercial and industrial properties, especially in strategic locations nationwide. -- BERNAMA

Sumber
Posted by SELAMATKAN MALAYSIA at 15:42 No comments: 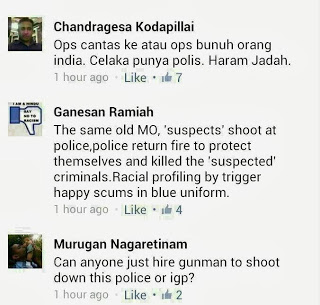 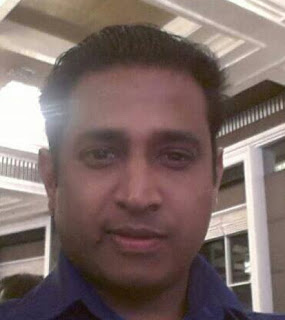 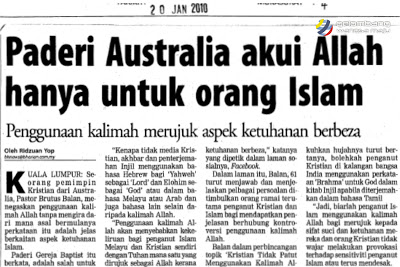 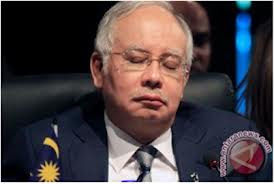 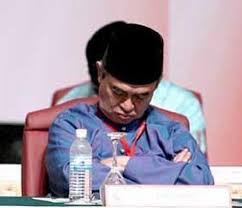 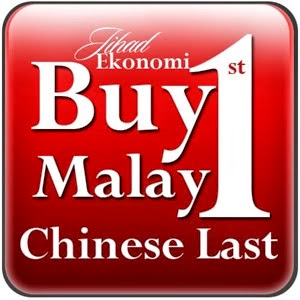 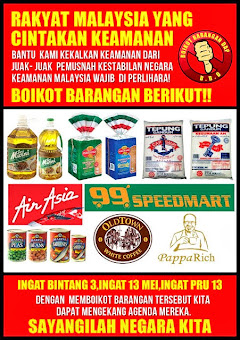 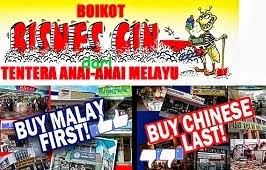